"...with liberty and justice for all."

These words were meant for all Americans, not just one segment of our human population. As children in my generation and earlier, we Pledged Allegiance to the Flag every morning before our school day began. Because of the continued perceived need for the "separation of church and state", this tradition has been abandoned because of the words, "under God". Our flag continues to be revered as the United States' symbol of Liberty. It is 2016. The Pledge of Allegiance was written 124 years ago. A lot has changed since then: women won the right to vote, slavery was abolished, gay marriage was legalized, and a new gender is being considered. Planes were invented, women worked in factories, drinking booze was legalized, marijuana was recognized as having positive medical uses and that use was legalized in some states; cars were invented six years before the Pledge was created, nuclear power was created and bombs were dropped on Japan. We the People are a creative, powerful and resilient force to be reckoned with. But, in 2016, our "people" remain unequal in the eyes of our government. Our government remains controlled mostly by white men: "White men make up 31% of the population, yet they hold 65% of elected offices in the United States. 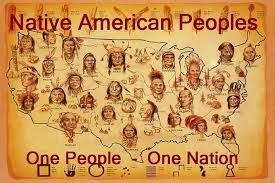 My point here is that in the last 124 years, our interpreted societal principals have grown beyond a society created and controlled mainly by white men. Women and people of color are now recognized for their contributions to the creation and prosperity of our great country. It required all of us to nurture our country's future, and allow it to thrive. Not just one segment of our society. Yet, that segment is the one that gets all the credit, even today. It's time for credit to be granted where credit is due. When credit is acknowledged, fair and equal payment for services rendered must also be granted. Equal rights and access to opportunities must be allowed for everyone. For all United States citizens! "...with Liberty and Justice for All!" I understand that we are all immigrants, except of course for the Native Americans who lived here first (0.7% of the population in 2010, including Alaskan Americans).

European white men landed here with their families and stole the land from its original inhabitants. They were uninvited immigrants who stole their right to call themselves natives.Truly? What is the difference between what happened then and what is happening now? The difference is that We the People are stronger now than the natives were then. We may be stronger, but we have no less control, and therein lies the problem. We want ultimate control over who has the right to come into this country and live here. Do you really think building a wall between us and Mexico will keep out illegal immigrants? I watched the Showtime television series, Weeds. There are tunnels... 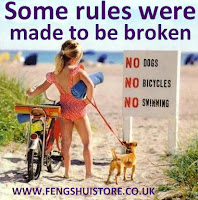 When one tries to control anything, the less control one has. Controlling illegals coming into this country is as difficult as trying to stop humans from ingesting alcohol through Prohibition, or from ingesting illegal drugs by encouraging them to "just say no". My point is that our government is always reacting to and trying to legislate human behavior. Legislating human behavior is impossible. We are a very creative race. We will always figure out a way around a law or a rule. "Rules were made to be broken." I am not saying rules are not required in society. With so many individuals populating a piece of land, rules are required to attempt to enact some semblance of civility. Attempt is the operative word here, though. No attempt is 100% foolproof or successful. We are attempting to attain 100% success in immigration control. That goal is just impossible. What compromise can we entertain then to make population control and resource management in the United States reasonable and fair? That is the question to be debated. 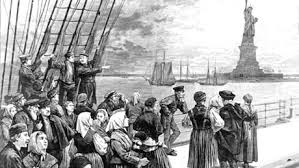 We have a statue in Manhattan that is a symbol of Freedom for all immigrants. "Give me your tired, your poor, your huddled masses yearning to breathe free,..", it quotes. Is this invitation no longer relevant in 2016? If so, then the statue should be taken down. But, how could we do such a thing? All our ancestors looked to it with hope for a new and better life. How is this desire different today? It is not. That is the point. We can no more build a wall to keep people out of our country than we can decimate the Statue of Liberty and what it has always stood for. We must adjust and adapt the outmoded rules of immigration, to allow for the needs of today's immigrants. Desperation causes illegals to flock across our borders. It is this desperation that should be addressed. It is a human feeling that cannot be regulated, but the circumstances of addressing it can be. At what point does a country's leadership determine the country to be "full and incapable of accepting new residents"? 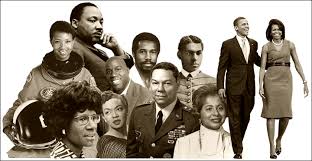 Today is International Women's Day. During February, we celebrated Black History Month. Why do we the people feel the need to single out two segments of our society in this manner? In 1976, the bicentennial of the United States, President Gerald R. Ford said the country needed to “seize the opportunity to honor the too-often neglected accomplishments of black Americans in every area of endeavor throughout our history.” I interpret this statement to mean, "we white men brought them here, they contributed, we ignored that contribution." The theme of International Women's Day is "Everyone - men and women - can pledge to take a concrete step to help achieve gender parity (Gender Parity Index) more quickly." This socioeconomic index measures the relative access to education of males and females.

What does all this mean and what am I trying to say? We the People are a complicated race who create complicated problems that require complicated solutions. There is no single bandaid large enough to cover or fix the problems we create. We must, for once, realize and attempt to address those complicated problems and try to find the solutions (plural) that would address the majority of them, realizing that we cannot legislate human behavior. We are all of one race: the human race. Humans come is two genders, female and male. Both genders are equally required to contribute to the success of any society. Therefore, those genders deserve equal pay, equal access and equal opportunity for success. Those genders come in many colors. They believe in many different things in different ways. God has many faces and exists in many forms under many different names. Humans dress is many different ways depending on the climate they live in and the culture they created.

The bottom line of the human race, though, is that we have primal common denominators driving all of our behavior:
I believe these ten driving forces are the most powerful. I'm sure someone else could come up with others. Many of these needs cannot be legislated, and require approaches that encourage, rather than discourage; enable rather than disable. Competition is healthy, but cooperation is more effective when creating societal norms and boundaries for mutual beneficial existence on Planet Earth. Finding common ground as a human race would create prosperity for all. 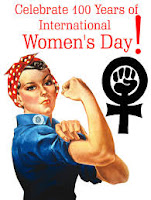 I am a woman who has struggled and thrived. I have broken some rules and bent many others, while considering myself a rule follower. I have made as many positive contributions to our society as I could reasonably see fit and remain true to myself, without jeopardizing my life or that of my family. I am a nobody. But my strength, will and humor are derived from some very strong ancestral nobodys; especially the females. I didn't understand quiet strength when I was younger, but I understand and appreciate it now. I am not as quiet as my mother was, but remain in awe of the strength she embodied that is the essence of International Women's Day in my mind. Quiet strength and determination are the driving forces of many great women we celebrate and honor today. (I do understand, though, that women are not the only humans who embody these attributes.) Happy International Women's Day! With love from my heart to yours.

Posted by Kathy Crowley-Gardner at 10:27 AM