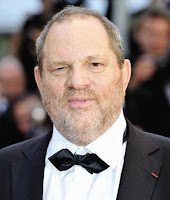 On NPR this morning, On Point was taking callers about this hashtag that has blown up social media this week. One expert said women haven't spoken up much before Hollywood actors did after Harvey Weinstein was fired because, "After all, nobody was hurt so what's the big deal?" The expert was referring to an attitude expressed by mostly men, but by some women as well to sexual harassment in the work place. I was moved to write this post because I am appalled that in 2017 we are still having this discussion!

Sexual harassment of women has been a "norm" my entire life! Why must Hollywood actors speak out before all women are heard on this issue? I think nobody listens because this unacceptable behavior is ingrained in our society at its core. Our human society is still dominated and mostly run by men. Are some men also sexually harassed? Yes. But, compared to women, those men are a drop in the proverbial bucket. I don't mean to demean their experience, but my focus here is on a woman's experience because I am one and I also wrote, "#Me too", on my Facebook Timeline. And, sexual harassment occurs mostly against women. Period. 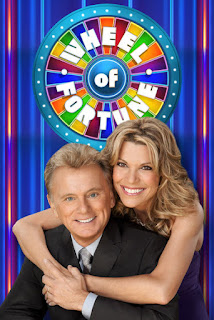 Here is a very benign example of sexual harassment. Harassment as a label for this behavior is extreme, because it is accepted and nobody is "hurt" by it. Do you watch the television game show, Wheel of Fortune? At the end of every show, the winner is escorted to the stage mark to try winning the last round by Pat Sajak. Mr. Sajak takes the hand of every woman winner. He also will touch her back or shoulder. He never touches male winners. (This may be disputed. I never SEE him touch male winners.) He certainly never takes a male winner's hand. He holds his hand out to a male winner directing him to the mark for the final round. Why doesn't he direct female winners to the mark in the same way? What would happen if Vanna White took the hand of a male winner, or touched him in every show? Would that behavior be viewed differently? If so, why?

In my opinion, women are being demeaned on this show by the very act of Mr. Sajak taking their hand, without consent, to escort them to the stage mark. Women allow him to take their hand because it is an automatic response from childhood. Plus, they are being viewed by millions of people on national television. What would happen if just one women did not take Mr. Sajak's hand? He doesn't offer it for her to take. He just takes her hand as if he has a right to do so by virtue of his celebrity status. The woman knows he won't hurt her, but he is patronizing her on national television! He is treating her like a child. Men are not treated like children on that show in the same way. 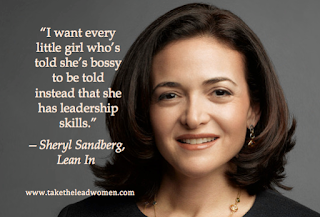 Taking a woman's hand in this manner is a subtle, non-verbal cue that, like so many others, are deeply ingrained in our society as acceptable behaviors. In truth, they are not acceptable. They are a symptom of the very big and grave problem human society continues to experience when females are treated as "less than" males. And, these subtle, acceptable behaviors are why the majority of women don't speak up. They will be called a "bitch" or a "whiner", and opportunities will be withheld as a result, just like punishments of childhood days. Do males kiss female politicians on the cheek as an almost automatic response? Yes. Do they kiss male politicians? No. Maybe in Europe, but certainly not in the United States. Both shake hands, but with females, the lean in close for a peck on the cheek is also considered benign behavior. I say this unequal treatment of females and males is discriminatory and should be abolished. 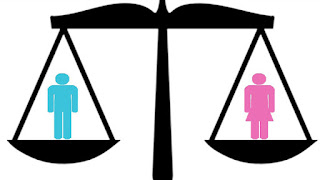 Every female should be treated exactly like every male in formal situations. I am not talking about interpersonal relationships between friends and family members. Certainly not. I am talking about colleagues, acquaintances and strangers taking my hand, touching my back or shoulder, or kissing me without my consent. I can't tell you how many times in my past working life, my male boss leaned against my back with his erect penis as I took dictation and tried to ignore what was happening. This leaning behavior is not subtle at all, but is a power play that defers very little control to the secretary or other powerless female trying to keep her job. Being required to deliver legal papers to my boss at his home and have him answer the door in his underwear is another example. Unacceptable.

I will admit, however, that during the days of asserting my equality, and as a joke, I did yell across a work parking lot, "Nice ass!" to a male I did not know well who was leaning into and helping a good friend with her car. We all laughed, but there is another example of unacceptable behavior. I contributed to it to assert my equality. I am not proud of what I felt I needed to do in order to be considered equal in a male-dominated work environment, but I did whatever I had to do to not just survive, but to thrive and succeed. I was a single mother, and I needed the money. I grew up a "tomboy", so I was used to dealing with boys.

I taught myself how to be more assertive by reading, taking workshops, talking with other women (and men), and experimenting. There is a difference between being assertive and being aggressive.
If a woman is assertive, she is viewed as being aggressive and uncooperative (and unattractive). She is called "a bitch". If a male is assertive, he is viewed as being aggressive and powerful which is very attractive. He is treated like a hero. Aggression in women is not desirable in our society, and is shunned at almost every attempt. I see some change in this regard, but not enough. Not by a long shot. Aggression in men is almost a requirement to gain respect and power from male peers. Gaining power over another human being is the game being played here. The action to display that power play is just a symptom. 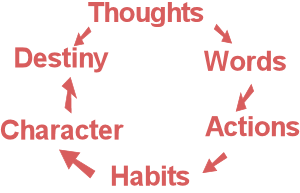 Thoughts create words. Words create actions. Actions create change. Let's continue (for some begin) to change our thoughts about inequality, our words to describe acceptable behaviors related to equality, and our actions that result in insult, violence and chaos. Little changes create big differences. It's past time we as a society considered changing what has always been considered acceptable behavior or speech. All that is required is an acknowledgement that there is a problem, and mindfulness to change our words and deeds. No little feat I'm afraid. But possible and doable.


Posted by Kathy Crowley-Gardner at 10:24 AM