What Can I Do? 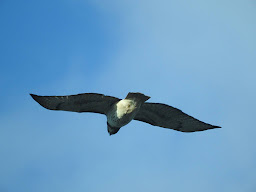 During my lifetime, the issue of climate change has arisen many times. In 1974, I was introduced to the idea supported by scientific research that there was a hole in the earth's ozone layer. This introduction also began the conversation that this hole in the ozone was causing the earth to warm and would cause drastic changes in our climate. The changes discussed included increases in temperatures prompting stronger and more frequent hurricanes, earthquakes, storm surges and fires among other things.

Over the years since that introduction, I have noticed a warming trend in New England prompting a change in winters. As a child, we enjoyed winters of snow sledding, ice skating and tromping through knee-high snow cover in our yards from as early as October in some years through March. In recent years, winters in New England have experienced less snowfall in fewer months with more rain. At least this observation is in my experience. I live in the Southcoast of Rhode Island now. In Massachusetts, where my son and his family live and where I grew up, they experience more snow than we do. I believe that overall the snowfall has also been lessened. Again, this is my observation only. Have you noticed changes in your lifetime that cause you to pause and reflect about the changes in climate where you live and across the United States?

Since that first introduction, reports of changes in our climate have been in the news a lot. Today, it is one of the most critical topics of discussion. Yet, our government does not act quickly enough in response to the changes. The current administration believes the whole idea of climate change is a hoax. Fires rages stronger on the West Coast every year; burning more millions of acres. Trump believe better forest management is the answer. What does forest management have to do with increasing heat, drought and winds? This year, those fires have made the air unfit to breathe. Communities are being evacuated and entire towns are reduced to ashes. Residents become homeless as a result.

Hurricanes are more frequent and have become stronger. As I write this, the storm names are up to Delta! We used up the alphabet letters! When New Orleans was devastated by Katrina in 2005, Texas by Ike in 2008, New Jersey by Sandy in 2012 and Puerto Rico by Maria in 2017, how has the Federal Government responded and helped those areas recover? Areas of New Orleans are still unlivable, and Puerto Rico was barely acknowledged. Instead, well-off individuals, Hollywood movie stars, and working men with boats and trucks show up to rescue stranded homeowners on their roofs to avoid being washed away. They deliver food and water. I believe in community help, but our resources are being drained every year in reaction to these (in some cases) cataclysmic events! Our country needs a plan going forward. 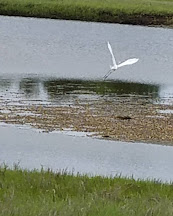 We need the Green New Deal. We need a shift of investment to renewable energy sources. That shift will create good new jobs. Workers will require training rather than unemployment to adapt to the new fossil-fuel-free environment. My grandson deserves to live and thrive breathing clean air and drinking clean water.

Here are some things I do to help:

What are you doing to help? Please think of things you can do. Peace.

Posted by Kathy Crowley-Gardner at 8:00 AM